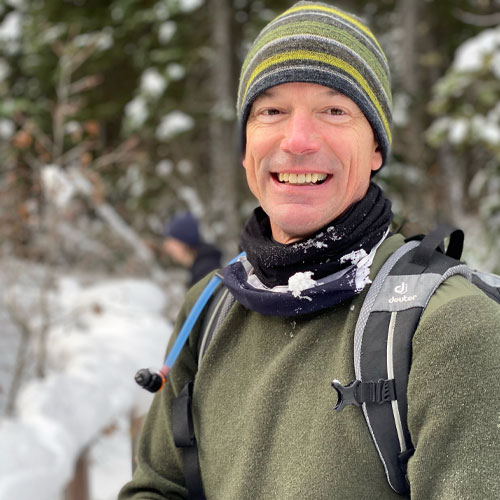 Jon started CrossFit in his garage in 2006 and gradually learned and became adept at the skills and methodology. He joined CrossFit Chilliwack as a coach in 2009 with owners Sarah and Joel Tobin.

In April 2018, Jon and Paul joined forces to become the proud owners of CrossFit Chilliwack. When Paul retired in April 2020, Jon steadfastly pushed on through the many challenges and barriers presented in running a gym during a pandemic.

Jon has taught for many years in a variety of topics; martial arts, tactics, fitness and cycling.

He coaches athletes to become aware of their own movement patterns so they can naturally and incrementally increase their own movement mechanics, skills and performance. Jon emphasizes alignment, posture and mobility across all modalities as a stepping stone to increasing performance, strength and ultimately, work capacity.

Jon has competed as a masters athlete in running, triathlon, cycling and CrossFit. He also enjoys both road and mountain biking, as well as running and hiking our local mountains.